Edit
This article is a stub. You can help Hades Wiki by expanding it.

Boons are upgrades given by the gods to help Zagreus in his attempts to escape the underworld. They can be obtained as rewards for clearing a room marked with the respective god's symbol or purchased for 150

from Charon's shop. Boons only last for the duration of a run; they disappear should Zagreus die and be sent back to the House of Hades.

More information on specific boons from each god can be found on their respective pages.

Equipping a keepsake given by one of the gods (except Hermes or Chaos) ensures that the next time a boon is offered, it will be from that specific god. It does not guarantee that the very next reward will be a god boon - only that, the first time one appears, it will be from that god. Chaos and Hermes boons can appear before any other god boon regardless of the keepsake you are using.

For example, you cannot have both Aphrodite's cast boon Crush Shot and Dionysus's cast boon Trippy Shot. However, a god may offer to replace another god's ability slot Boon with their own. Exchanges increase rarity of the boon by one, keeping the level the same. In the above example, Dionysus may offer to replace your Epic Crush Shot (Rank 2) with Heroic Trippy Shot (Rank 2).

There are no other limits to how many other boons Zagreus can have.

There are four 'standard' rarities of boon available, each more powerful than the last:

Heroic rarity is available through exchanging an Epic-rarity boon, choosing Ambrosia Delight from Eurydice, or from cultivating boons with Rare Crop from Demeter. Note that neither the Yarn of Ariadne from the Well of Charon and Refreshing Nectar from Eurydice cannot offer a heroic boon, even with the Exclusive Access duo boon from Poseidon and Dionysus, which makes every future boon to be at least an Epic-rarity boon.

Boons that are rewarded from Erebus encounters, mini-boss encounters (both types are denoted with a small skull on the chamber preview) or bought at a higher price from Charon in the Temple of Styx are more likely to have higher rarities.

There are four types of special boons that are only offered after meeting certain requirements:

Trial of the Gods

In a room of Trial of the Gods, Duo Boons are not offered whether with the paired god or otherwise, although they may offer to exchange already obtained boons from the other god. 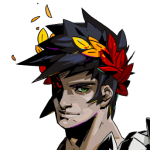 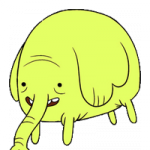